Lloyd Peck is based at the British Antarctic Survey, where he is a leading Antarctic scientist with over 200 refereed papers, major reviews and book chapters. His career includes the giving of over 30 keynote speeches, the prestigious 2004 Royal Institution Christmas Lectures and 15 televised lectures in Japan, Korea and Brazil. Lloyd’s major scientific interests are in identifying how animals are adapted to their environments and how those adaptations affect capacities to respond or resist environmental change. His specific interests are in extreme polar regions and his main recent achievements are in showing that Antarctic marine species are possibly the least capable of responding to environmental change and stress of any on Earth, and in identifying and giving mechanistic explanations for a range of adaptations to the low stable temperature and extreme seasonality of the polar marine environment. These include gigantism, very low metabolic and growth rates, the widespread loss of the heat-shock response and reduced aerobic scopes. 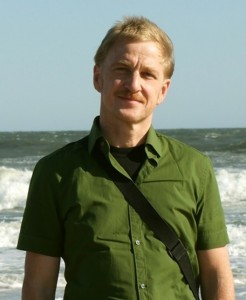 Tom Wilke is an evolutionary biologist at Justus Liebig University in Giessen, Germany. He is Vice President of the German Malcological Society (DMG), Past President of the Society for Speciation in Ancient lakes (SIAL) and Director of the German-Colombian Center of Excellence in Marine Sciences (CEMarin). He published over 80 peer-reviewed papers, books and book chapters. Tom’s major scientific interests are patterns and processes of speciation and radiation in space and time. Specifically he is studying

Tom is also working on the theoretical background of molecular clock approaches and their applicability to molluscs.